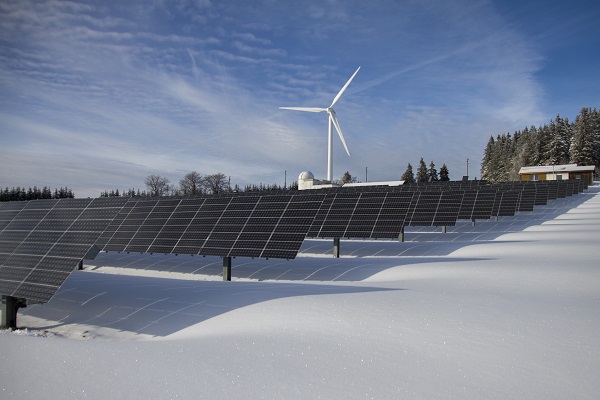 Following the current status, the South African national electricity grid and energy usage is under pressure, since the limited supply is struggling to keep up with the growing demand. Usually, the cost of generating electricity from coal is high and this is not going to decrease any time soon. Moreover, the overall pollution which results from the procedure escalates with each passing day. This possess a significant effect on the environment such as the water bodies. On the long haul, these harmful effects will pose a great danger to the preservation of the environment.

Normally, about 3/5 of the overall world electricity is generated by either commercial or residential buildings. Along this lines, it is worth noting that the building sector is one of the major contributors to the overall greenhouse gas emissions. As such, there has been an increase in the overall energy efficiency as well as trying to combat the environmental pollutions which result from this. Therefore, it is worth noting that a majority of the South African buildings were constructed during the “free” electricity era, and this has led to increased maintenance costs on the long run.

So, what the South African government is more concerned about is simply protecting the environment for the benefit of all. Therefore, for this matter, the government has to make sure that it puts rules and regulations in place so as to promise a more sustainable future. Acquiring some of the traits from other countries, the government of South Africa is as of now focusing on the improvement of energy efficiency of the existing buildings by ensuring that these are retrofitted to be able to brace energy efficiency. Along these lines, these newly constructed buildings have to also be energy efficient as well.

So, what is worth noting from this introduction? It is unequivocal that from the view of a building with respect to the specifications and standards for insulation and water heating, architects have a key role in making sure that this is seen through. Nonetheless, most of the regulations here are not new at all and are one and the same thing to those who are experienced with the construction of buildings. So, why should the focus be on architects alone? Using their skills and experience, the architects can be able to reduce the rate of growth in demand for grid electricity, ultimately achieving overall benefits for not only their clients but the South African government as well as the globe as a whole. A good example here is that the incorporation of energy efficient buildings not only makes it possible to curb the operational costs, but also contributes greatly to the overall home comfort of the individuals.

As of now, the new South African National Building Regulations require each of the following regulations:

So, what is the role of the government in all this? The South African government has to try and make sure that it defends and aid in the implementation of these regulations via the mechanisms and means which are used to control the construction of new buildings.

WHICH BUILDINGS WILL ACTUALLY BE AFFECTED?

From the foregoing, it is vital to note that the main target are the buildings which do consume energy as a result of human occupancy. From this, t is paramount that all the new buildings should try as much as possible and comply with the constructions regulations and standards, and so should any sort of extensions to these buildings. However, it is important to note that if a building is not in any way affected with the standards, then any sort of addition to the building has to be set and fitted to comply with the regulations. Moreover, renovations which are not the same as extensions have to also comply with the newer regulations, if these are to be allowed by the local authorities. However, it is crucial to note that buildings like garages which don’t form part of the habitable area don’t have to comply with these regulations – holding true for the likes of factories and other operational aspects of any business.